Tanzanian officials have warned about the spillover effect of the ongoing war in Ukraine. We have analyzed some of the key areas that might be impacted:

In the global market, wheat prices have reached an all-time high. Tanzania imports 90% of its wheat and the main supplier is Russia and Ukraine to some extent. Because of the sanctions on Russia and the global supply shock, there is a high chance of seeing prices increase soon in the Tanzania market. 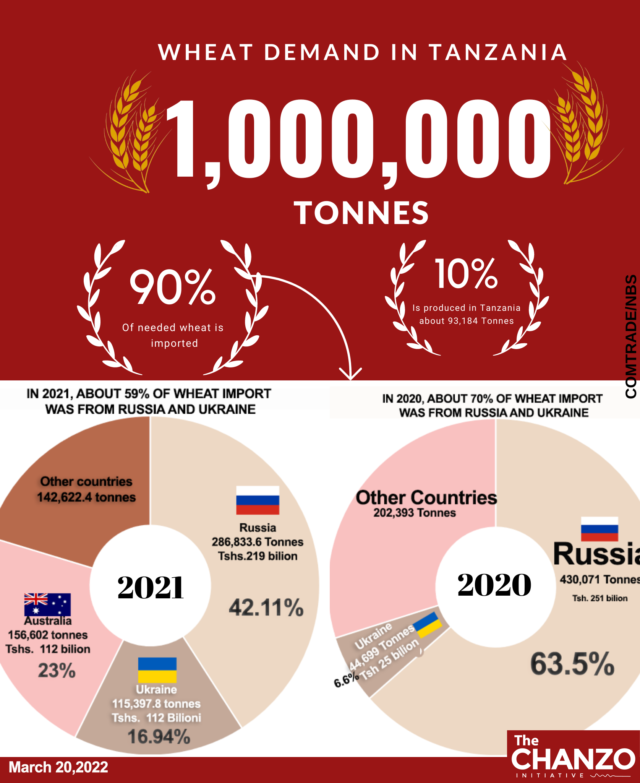 Wheat has a long chain of use domestically, especially by small businesses. There is a need of finding a long-term solution to the wheat problem, Tanzania has enough arable land that can be used to grow wheat, but currently, only 1 percent of the land is used for that purpose. Meeting domestic demand can go a long way in saving a significant amount of resources that can be used on capital goods. 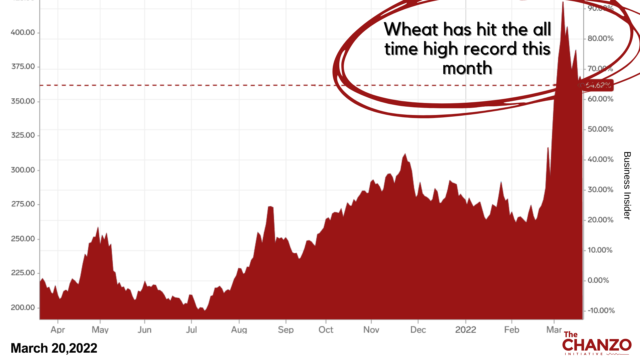 In 2020, Tanzania used Tshs. 2.9 trillion to import oil and in 2021, Tanzania used 4.9 trillion. Russia is one of the biggest global suppliers of oil and gas, uncertainty in its ability to supply oil is enough to cause a surge in price. The effect has already been felt since Russia invaded Ukraine in February 2021.

It’s impossible for Tanzania to escape the pain at the gas pump, when oil prices rise, effects are felt.  But this can be equalized by the export of some of our most valuable commodities as it ensures stabilization of shilling. So far gold has been our most treasured commodity when it comes to a crisis, even now, with the increase of gold prices, gold will be our fortress. 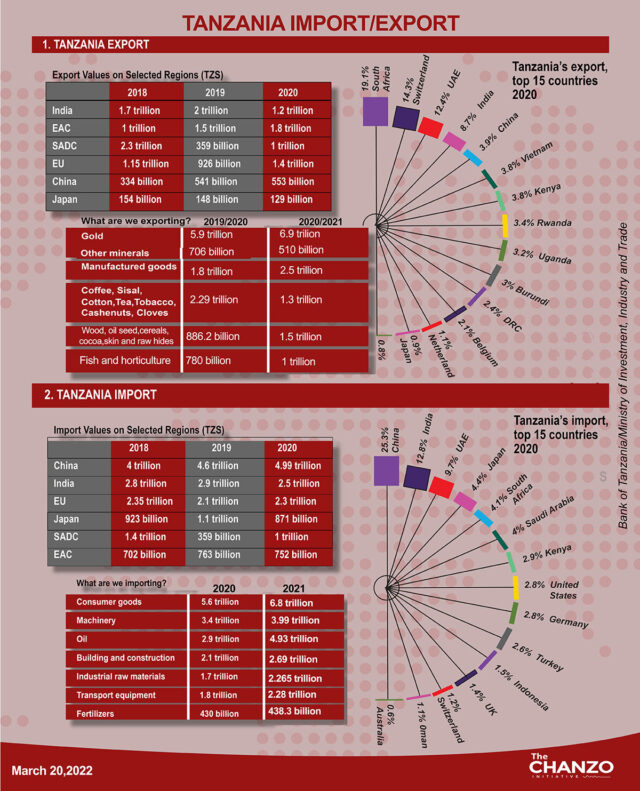 But there are other minerals in Tanzania, this includes Nickel, cobalt, iron, and graphite. With the rising trend in electric vehicles, mineral-like graphite, nickel, and cobalt could go a long way in bringing enough forex. Unfortunately, most projects with vast potential remain on paper or at preliminary stages and are not picking up, perhaps it’s time for Tanzania to close some of these deals or find investors who are more capable.

In the long run, perhaps a small amount of revenue from these resources can be used to create a fuel stabilization fund.

In 2020, Tanzania spent 5.6 trillion in importing consumer goods, and in 2021 spent about 6.8 trillion. This is a huge amount of forex going out, especially when you compare it with our export. There is a need of reducing it, especially in areas where we can produce locally. Take for example edible oil.

The total demand for edible oil in Tanzania stood at 570,000 tonnes and local production is at 205,000 tonnes. We import about 365,000, with the global supply shock, especially with the fact that Russia and Ukraine are also the biggest global suppliers, price surge is expected. Palm oil has already hit an all-time high in one year. 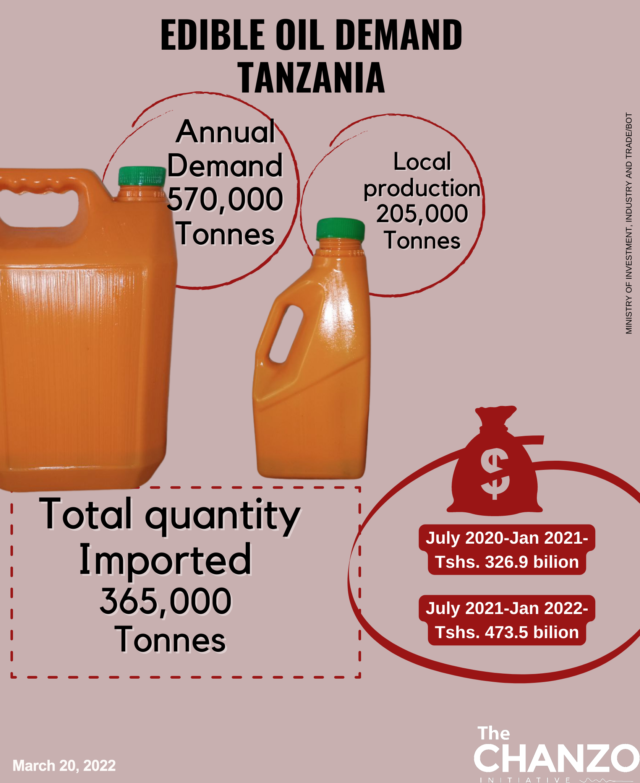 Tanzania has all resources to make it independent on edible oil; from coconut, cotton, sunflower to arable land. There is a need for more effort in policies and government prioritization to ensure Tanzania meets its domestic demand and even becomes an exporter.

When Covid-19 hit the world, efforts were made to open up new markets. Some of these markets include Russia, Ukraine, and Poland. In 2020, Russia brought in more tourists to Tanzania than any other country outside Africa. And in 2021 it was the second country after Kenya. 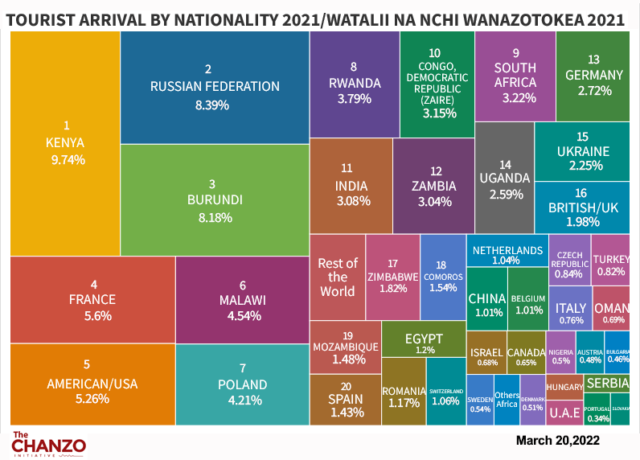 The formula which was applied in attracting tourists from Russia, Ukraine, and Poland should also be applied to other potential countries. Countries with a rising middle class such as China and South Korea are a good take.

It’s also important for Tanzania to return its position in conference tourism. Tanzania had a lot of traction in this area in the last six years but somehow missed the spot. This is an area to explore, but it has to go hand in hand with increasing cultural landmark spots the like of the Zanzibar’s Forodhani

Government should also explore some affordable but effective means of marketing, especially using social media in targeting some potential countries. Tanzania should sell its tourism spot as an experience and a lifestyle, especially to some countries with a lot of dollars to spend.