I learnt of the sad news of the passing away of Zambia’s founding president Keneth Kaunda in the late evening shortly after my presentation at the Bayreuth Graduate School of Africa Studies (BIGSAS) where I’m a student. My presentation was about the internal othering of pastoralists in Tanzania. I shall focus on one aspect of that presentation which relates to this piece.

Historically, pastoralists all over the world including in Tanzania have been dispossessed and stigmatised as the Brazilian social anthropologist Aline Rabelo’s recent contribution to The Chanzo highlights (see here also). For instance, echoing colonial narratives, the 1959 World Bank report posited that herders’ way of life adversely affected the national economy of Tanzania. The postcolonial state of Tanzania with its modernist instincts assumed a paternalistic stance towards ‘backward’ pastoralists.

“Dressing Up the Masai”  read November 24, 1967, headline of a US-based news magazine Time. Just imagine the stigma! By then the Julius Nyerere government had launched a campaign dubbed “Operation Dress-Up” to coerce the Maasai to wear “modern” attire. This mattered enough for a picture of a young Maasai warrior carrying a spear to be dropped from the 100-shilling note in early 1969, to be replaced by the ‘moderns!’

The image of the Maasai represents ‘backwardness’ to modern elites whose eyes, to paraphrase the French West Indian psychiatrist and political philosopher Franz Fanon, are coined by stereotypes whose roots go far back to the beginnings of colonialism. As the Kenyan writer and academic, Ngũgĩ wa Thiong’o, writes: “Berlin of 1884 was effected through the sword and the bullet. But the night of the sword and the bullet was followed by the morning of the chalk and the blackboard. The physical violence of the battlefield was followed by the psychological violence of the classroom.”

Independence, as African nationalists saw it, served as a process of consciousness building, restoration of African humanity and memory robbed of them by colonial invasion. Fashion was used in the service of decolonization.

A grey coloured short-sleeved tieless (Kaunda) suit was popularised by the now late Kenneth Kaunda, Zambia’s founding president. It was worn by other post-independence African leaders like Sam Nujoma, Samora Machel and Julius Nyerere as an alternative to the Western business suit. It was also an ideology of solidarity with the working people, as a symbol of humility and servanthood.

Though today Kaunda suit is not as popular as it used to be in the 1960s and 70s, you can still find it as a uniform of employment. Daladala drivers in Tanzania’s commercial capital of Dar  es Salaam put on some resemblance of the same. Well, Kaunda’s death, my presentation at the graduate school, recent controversy in Tanzania’s National Assembly about the so-called ‘indecent dressing’ and my own struggles over the topic have got me thinking and reflect on the politics of dress and the entire global movement to decolonise fashion.

For the Maasai, clothing is not only a physical boundary between oneself and the immediate environment but also a symbolic boundary (collective consciousness) aimed at creating a distinction between themselves and the state (seen as an intruder). This may equally apply to other contexts as well.

Now, what diverse ways of dressing are accepted as legitimate instead of embracing a totalising colonial view? What if we promote an economic system that responds to local demands and realities? I honestly do not know whether Kaunda intentionally promoted the cloth associated with his name but what if we promoted locally made stuff like kente, kitenge, boubou, agbada and Kaunda suits?

Leiyo Singo is a faculty member at the Political Science Department, University of Dar es Salaam. He is currently a PhD candidate at the Bayreuth International Graduate School of African Studies (BIGSAS), University of Bayreuth, Germany. You can reach him through his e-mail address which is Leiyo.Singo@uni-bayreuth.de. These are the writer’s opinions and they do not necessarily reflect the viewpoint of The Chanzo Initiative. Want to publish in this space? Contact our editor at editor@thechanzo.com for inquiries. 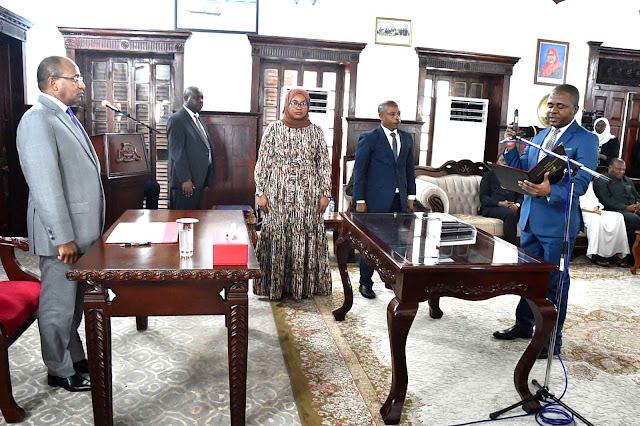