On Monday, November 22, 2021, the Democratic Republic of Congo (DRC) was recommended to join the East Africa Community (EAC) regional bloc as the seventh member state by EAC’s Council of Ministers.

The decision follows DRC’s request for admission which was submitted in 2019 and was expedited by EAC’s heads of state in February 2021. That led to the establishment of a committee that visited Congo from June 26 to July 5 for a verification mission.

Joining the EAC has been DRC President Felix Tshisekedi’s major ambition since he came to power in January 2019. Since then, Tshisekedi has visited five EAC member states, presumably to push for his membership agenda, among other things.

While DRC’s potential membership promises to significantly boost its geopolitical positioning, it also promises to be quite a game-changing experience for the whole EAC region.

What DRC is and what it can be is not a secret to the world.

Wealthiest nation in the world

On one side, this is the nation that is generally considered to be the wealthiest in the world by virtue of its natural resources. It is endowed with huge mineral reserves that are estimated to be worth over $24 trillion. Think of any mineral that is worth mentioning, it is available in DRC.

Moreover, with an area of 2.4 million square kilometres, spanning from Lake Tanganyika in the East to the Atlantic ocean in the West, DRC is Africa’s second-largest nation after Algeria.

However, unlike Algeria, this is a nation with 80 million hectares of arable land that receive heavy rains throughout the year. Only 10 per cent of that land is currently utilised. Thus, a massive potential for the agricultural revolution.

Furthermore, the mighty Congo River – Africa’s second-longest river – with a source in Zambia between Lakes Tanganyika and Nyasa, traverses across all DRC in an anticlockwise arc that drains into the Atlantic.

With a drainage basin of about 4 million square kilometres, the Congo is also Africa’s most powerful river – the world’s second-biggest by volume of water, and the world’s deepest river, reaching up to 220 metres at some points. As a result, it is highly navigable and possesses huge potential for hydroelectric power production.

The proposed Grand Inga Dam project alone has the potential of generating between 40 to 70 gigawatts of electric power, which would make it the world’s largest hydroelectric dam. This can serve DRC’s needs and more. Already, South Africa and Zambia have expressed interest to purchase power.

However, despite these vast resources, the people of Congo have an unenviable label of being one of the world’s poorest. Since independence, especially after the killing of its first leader, Patrice Lumumba, by Moise Tshombe’s secessionist State of Katanga, the country has been plagued with social and political instability. Ultimately, wars have left 70 per cent of DRC’s population languishing in poverty.

In 1997, Laurent Kabila’s Banyamulenge group, under the support of Rwanda and Uganda, overthrew the government of the then President Mobutu Sese Seko. However, after assuming power, Kabila attempted to push Rwanda and Uganda to leave DRC, the move that plunged DRC into a war that pitted nine African countries as varied as Namibia, Libya, Zimbabwe, Rwanda and Uganda against each other.

The destabilisation that followed has resulted in 120 rebel groups on the ground today, including mercenaries groups from multiple nations. Therefore, the reunification of Congo has proved to be mission impossible for the government in Kinshasa.

Many have characterised the situation in DRC as civil war, but evidence suggests that it is mainly a war of aggression where different foreign forces with vested interests have used violence to destabilise the region so as to plunder its wealth. The minerals have made it easy for rebel groups to self-finance their campaigns, thus making DRC a perfect example of the concept of ‘resource curse.’

On their part, Rwanda and Uganda have been great beneficiaries of DRC’s instability. When Paul Kagame’s RPF took control of Rwanda, the Hutu genocidaires fled to eastern DRC, and this gave the mostly Tutsi RPF an excuse to go after them. The Rwandese ended up occupying an area around Kivu while Uganda occupied the northern provinces.

However, quite immediately after the invasion, Rwanda and Uganda started to export hundreds of millions of dollars’ worth of gold, diamonds, and other minerals, despite having no known (significant) reserves in their nations.

Therefore, DRC’s biggest need is security, which the EAC can help to deliver. Since 1998, EAC troops from Tanzania, Rwanda, and Uganda have been very active in DRC, sometimes fighting on opposite sides.

However, the admission into the EAC will signal Rwanda’s and Uganda’s readiness to end their mercenary activities in DRC. This has slowly been happening in the past few years and has possibly emboldened President Tshisekedi to move ahead with his agenda.

Without the support of Rwanda and Uganda, thus other international backers, rebels groups will become increasingly isolated as the transport routes for conflict minerals and supply of weapons get closed. This will take away their reason to fight, and possibly they may end up taking the Congolese offer to join the main army.

For the EAC, increased integration with DRC, which borders five EAC nations, will be quite transformative.

With a population of 90 million people, DRC has a huge untapped market for goods from EAC nations. Currently, all EAC nations have a significant positive trade balance over DRC, with a total export of about $850m in 2018.

Predictably, Rwanda and Uganda command the lion’s share of EAC export to DRC, where Rwanda exports were valued at $457 million and Uganda’s were valued at $398 million. With membership, some economists project that EAC’s exports to DRC will immediately increase by 30 per cent, but nations themselves appear to be much more optimistic.

That said, there are many issues that need to be addressed with respect to trade. For a starter, EAC’s exports to DRC only make 14 per cent of DRC’s total imports. And being in the same economic bloc is not going to be a panacea.

For example, while Tanzania and DRC are both in SADC, but, it is South Africa and Zambia that dominate trade with DRC with exports almost worth $2 billion per year, while Tanzania exported a paltry $153 million. The EAC will have to think of more efficient ways to integrate their markets.

All in all, the prospect of having an economic bloc right at the centre of the continent of Africa, spanning from the Indian Ocean to the Atlantic Ocean, encompassing the Anglophones and the Francophones, commanding stupendous amounts of natural resources, is a remarkable geopolitical proposition not only for the region but for the whole continent.

Generally speaking, there is nothing that is small about DRC. As a result, what happens to DRC happens to Africa. So, all Africans have a stake in ensuring that DRC rises to its true potential.

Charles Makakala is a technology and management consultant based in Dar es Salaam, Tanzania. He is available through makakalajr@yahoo.com .  These are the writer’s own opinions and do not necessarily reflect the viewpoint of The Chanzo Intiative. Want to publish in this space? Contact our editors at editor@thechanzo.com for further inquiries. 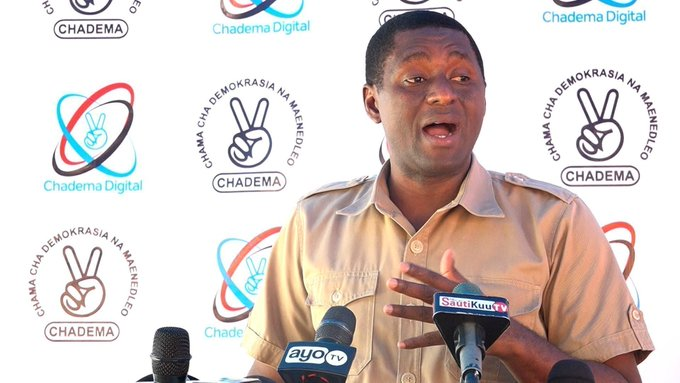 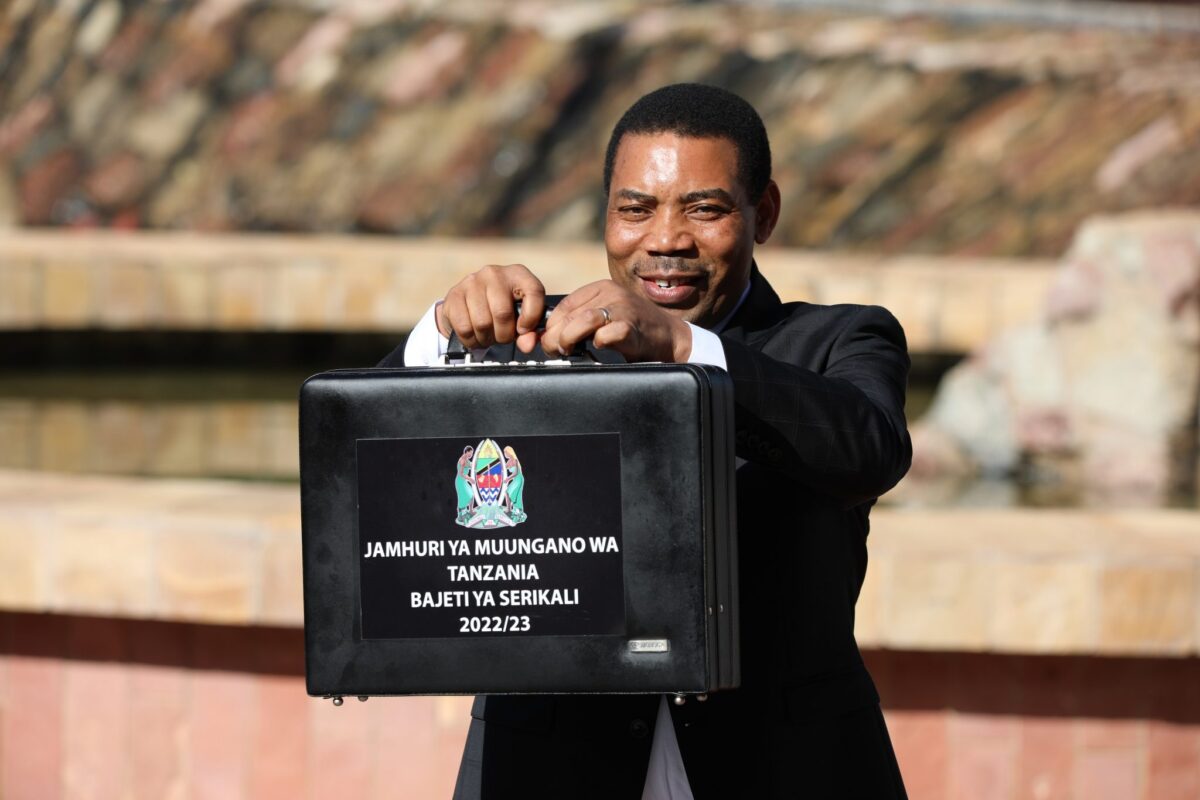