President Samia Suluhu Hassan’s leadership style is emerging in a manner that could shape her presidential legacy before she even runs in her first election.

Presidential legacy is all about how a president is remembered after he or she retires, but Samia’s leadership style has inadvertently started determining how she will be remembered in the future.

Normally things such as major infrastructural projects and grand policy initiatives have shaped the legacies of previous Tanzanian presidents.

But for Samia, the way in which she goes about governing the country and her leadership style could turn out to be a decisive factor in her enduring legacy.

At the core of her leadership style is the habit to speak out against or about issues she is supposed to silently deal with as president.

When she is irked about too much bureaucracy in government that turns away foreign investors some people wonder whether she lacks the capacity to govern.

Or when she speaks out about the vices of the Police Force but stops short of triggering an immediate re-organize of the institution, some people start asking themselves what is going on.

A closer analysis, however, shows that there is a well-thought-out method in her style of dealing with issues in her government.

Honestly speaking, Samia has not been all talk and no action. As president, she has taken decisive action on almost all issues that matter.

Moreover, her government has come out and created a very strong impression of being a government that listens to people’s concerns.

This has been evident in the manner the government dealt with issues such as high fuel prices, through the issuance of fuel subsidies, and levies on all electronic transactions by reducing their scope.

ALSO READ: Govt Reviews Electronic Levies As Resistance Against Them Refuses to Die

A quick survey could easily reveal how, despite the perennial and valid concerns about the New Constitution, the inadequate democratic space and the general economic backwardness, there seems to be a fairly high level of satisfaction with leadership and governance, according to my own analysis.

The relatively high feelings could be because of the unprecedented low point the country passed through in the period of 2016-2020 that makes any relief, however mediocre, look like a real change.

And yet it is not easy to shake off the nagging question of Samia’s habit to speak out publicly on issues she is supposed to deal with and what it portends to her role as the Chief Executive Officer of the government.

Her tone, which sometimes sounds like grumbling or complaining, is revealing.

Now the fact that she repeats that kind of performance whenever an occasion arises – the last time was in Kagera, on October 14, 2022, as she graced the commemoration of 23 years since the death of the founding President Julius Nyerere – shows that she knows what she is doing. It sure looks like some kind of activism.

And that ‘activism’ role could better be understood from the perspective of key policy decisions and actions that she has taken or she suggested that should be taken since she assumed office in March 2021.

Her essay, published on July 1, 2022, on the state of Tanzania’s democracy and the way forward is a case in point. The acknowledgement in the essay that the current democratic situation in the country is not sustainable is important.

READ MORE: Samia: Process to Build Multi-party Democracy in Tanzania Far From Over

Also significant was her suggestion on the need to take the first initiative of instituting meaningful electoral reforms before push comes to shove, a statement vividly directed to her own party.

Here Samia argued with investors to the effect that it was too much to expect local courts to be fair when ruling on cases pitting foreign investors against the government with no recourse to appeal to outside, ‘neutral’ courts.

Previously Tanzania investments statutes provided for outside dispute-settling mechanisms by multilateral organs. But it soon became clear that the outside mediators were not as neutral as they seemed to be.

In 2018, the laws were changed and the investors’ option for appealing outside the country was removed.

There are some other decisions that Samia has taken that fit her leadership style. These include the decision to offer an amnesty to companies for a backlog of taxes after being haunted and harassed for over six years.

Others include the release from the jail of CHADEMA national chairperson Freeman Mbowe and the directive to ensure that investigation on criminal cases does not exceed 90 days in order to reduce congestion in remand prisons.

On the issue of international dispute resolutions, it looks like the President of Tanzania was taking the side of foreign investors against her own government! And yet looks can deceive.

Here she was most likely playing the role of the mediator-in-chief. She could have issued an order for amendments to the particular laws.

Instead, she issued a plea for the issue to be looked at from the point of view of the country’s interests in attracting strategic foreign investments.

As president, Samia has too much executive powers vested in her. The Constitution gives her dictatorial powers to change the destiny of the country in whichever way she deems fit. She is aware of this, no doubt.

Instead of acting dictatorially, she has chosen to mobilize so as to amass enough public support for taking specific actions. She has decided to play the role of a mediator, or the activist-in-chief.

It is like she is trying to achieve some goals by mobilizing or rallying the people as a substitute for going about it alone. This is one way of looking at her whole leadership style.

Another way is to think of her style as a way of seeking public approval so as to bring about changes that are painful to the ruling elite.

Playing the mediator-in-chief or activist-in-chief role has one advantage of giving Samia the opportunity to regulate activism in Tanzania on her terms. Not social media activism, but mainstream activism.

As a president, she knows the government’s sinister secrets more than regular activists and journalists. She can then pick and choose which issues to rally the public around in accordance with her interests.

President John Magufuli tried to do this at the beginning of his presidency but it became unsustainable as the faults of his own government caught up with his strongman leadership style.

Another advantage of Samia’s activism role is that it helps her to play it safe by facilitating rather than causing change.

If the change is good, well, she can take some credit for facilitating it. If the change backfires, she might escape the blame and sacrifice some assistants for causing it.

In all earnest, however, the efforts to carve a mediation role for herself could be due to a dilemma presented by serious weaknesses of the current Constitution. It turns out that the President of Tanzania is the first victim of the inadequate Constitution.

Samia seems unsure of how to behave in face of too much powers vested in her office, in the presence of weak institutions and the almost absence of constitutional checks and balances.

She is too wary of falling into the authoritarian traps that some of her predecessors fell into. Her activism sensibilities, for she has a strong background as an activist, make her uncomfortable in the skin of an imperial presidency.

The only problem is that it is difficult to juggle the role of the chief executive officer of the country who must make tough decisions for the nation and the role of the activist-in-chief.

Nyerere couldn’t handle both roles which led to serious consequences for the economy. Samia would soon have to choose between the two and delegate the other!

Damas Kanyabwoya is a veteran journalist and a political analyst based in Dar es Salaam. He’s available at dkanyabwoya@gmail.com or on Twitter at @DKanyabwoya. These are the writer’s own opinions and it does not necessarily reflect the viewpoint of The Chanzo Initiative. Want to publish in this space? Contact our editors at editor@thechanzo.com for further inquiries. 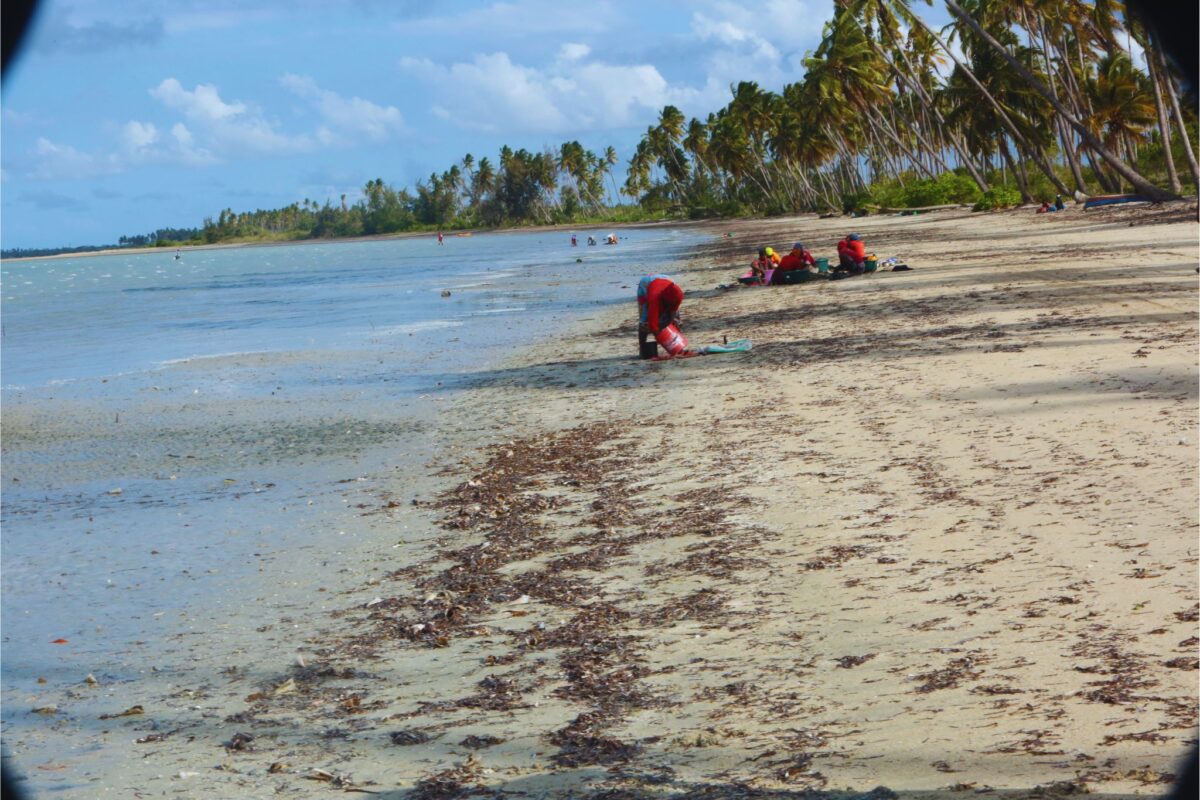