Dar es Salaam. Good morning! The Chanzo is here with a rundown of major news stories reported in Tanzania on Monday, May 9, 2022.

President Samia Suluhu Hassan on Tuesday has outlined steps that her government will take to cushion citizens to the increasing cost of living. This include budgetary measure which are expected to be announced in June 2022 during 2022/2023 budget readout and cutting of government spending to be immediately applied on June fuel prices.

“Government has heard citizens concerns on the increasing cost of living. In the coming fiscal year which will start in July 2022 we will take several budgetary steps to bring relief to citizens”, underscored President Samia in her evening speech.

Fuel prices hit new highs in Tanzania last week with petrol selling at Sh3,148 and diesel at Sh3,258 per litre at the pump in Dar es Salaam, up from Sh2,86 and Sh2,692, respectively in April. 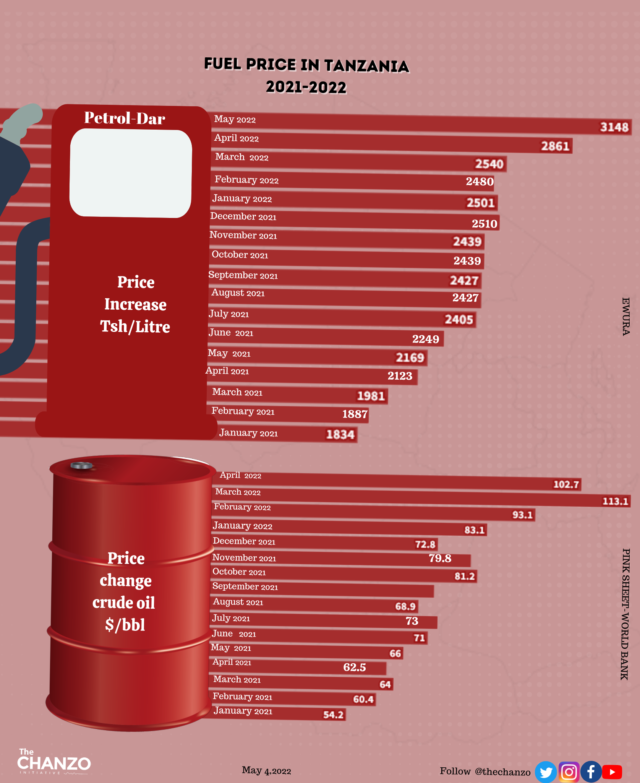 It was expected that the price of fuel from June-August will set new record as crude remains high and premiums (cost of bringing fuel) for the recent government order has increased by more than 300% in May and June 2022. 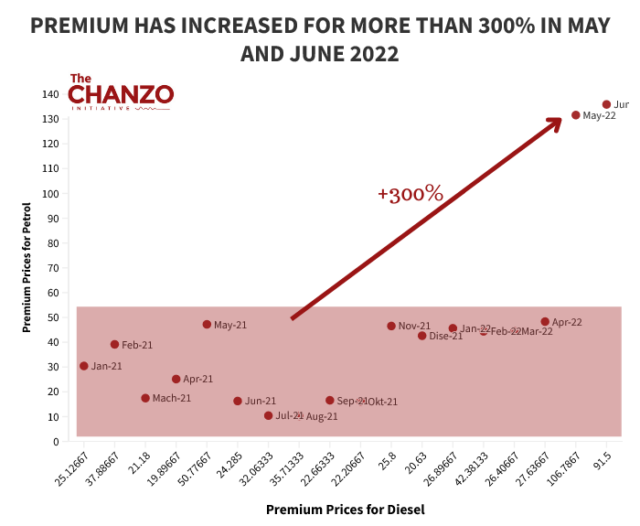 It seems like telecommunications regulators in Tanzania are far from being on the same page with cell phone users in the country over the affordability of cell phone plans provided by service providers and the compliance of the providers with regulations governing the sector.

The issue of cell phone plans is a very sensitive one in Tanzania and with the ongoing complaints about the rise in the cost of living in the country the debate around it persist, with cell phone users accusing telcos of secretively changing the plans in a way that hurt consumers and the Tanzania Communications Regulatory Authority (TCRA) of failure to regulate.

It was against this background that TCRA held a media briefing on Tuesday to simply deny just that.

TCRA’s press conference came shortly after its May 2 altercation with an online media outlet that alleged that users have sought government intervention in the latest move by telecom services providers in Tanzania to lower the plans of internet bundles but require users to pay the same price as they used to for previous plans.

The media outlet was summoned by the regulator and forced to issue a clarification over the matter, going as far as apologizing for not seeking TCRA’s side before publishing the allegations.

A director from the TCRA responsible for industry affairs Dr Emmanuel Manasseh gave a long presentation to journalists on Tuesday that aimed, among other things, to provide answers to persistent questions that cell phone users have been raising lately over the use of their plans.

Dr Manasseh gave five explanations that he hopes would put the questions to rest. The first explanation was the improvement in the quality of photos and videos, taken by users and stored on their devices, which lead to the increase in their size.

The second explanation concerns the increase in network speed and the capacity of a smartphone. The third one is about a user having many apps on their devices that are used frequently and run frequent updates.

The fourth explanation is the practice where apps that are stored on the devices run updates in the background without the user even being aware of them. And, finally, on the high cost of plans, Dr Manasseh said TCRA’s study shows that the price of, say, an internet plan in Tanzania ranges between Sh2.03 per MB and Sh9.35.

“Tanzania is the cheapest country to buy an internet cell phone plan in East Africa and in the SADC region,” Dr Manasseh said, citing a 2021 study by the UK price comparison site Cable. “For Africa, Tanzania is on the list of six countries that charge their citizens less for mobile data.”

Many journalists however seemed to be unsatisfied with the explanations offered by the regulator, something that led many of them to ask TCRA many questions that not all of them were answered.

The same feeling could be seen among people who were following live on the press conference through the regulator’s YouTube channel.

A major three-day conference kicked off in Dar es Salaam yesterday with representatives of the Information Communication and Technology (ICT) sectors from six countries expected to unlock the promise of 5G and advanced technology, a statement by the US Embassy said.

Co-sponsored by the US’s Telecommunications Training Institute (USTTI) and Tanzania’s Ministry of Information, Communication, and Information Technology, the conference aims at sharing best practices on how to optimize the use of emerging technologies and next-generation wireless networks while addressing concerns related to cyber security and privacy.

Seminars will explore regulatory best practices, the Internet of Things (IoT), and Low Earth Orbit (LEO) satellite technology, according to a statement by the US Embassy.

In his remarks, U.S. Ambassador to Tanzania Donald Wright said the stakes for ensuring the security of these networks could not be higher, noting that 5G and 6G technology is transformative and will touch every aspect of our lives, including critical infrastructure sectors such as transportation, financial services, electrical distribution, health care and public health, and many more.

“Countries and citizens need to be able to trust that telecommunications and regulators will not introduce risks that threaten national security, privacy, or human rights,” Mr Wright said.

The Tanzania National Parks (TANAPA) on Sunday introduced bicycle tourism when 27 cyclists started their ascent to the top of the 4 566-meter-high Mount Meru in the north of the country.

The 27 cyclists, including tour operators and tourists, began their attempt to conquer Africa’s fifth highest mountain, which will take them three days for ascending and descending.

Speaking at the foot of Mount Meru, Albert Mziray, the assistant commissioner for Conservation with the Arusha National Park, said bicycle tourism on the mountain was a new concept that had the potential of attracting more visitors and tourists to the area.

TANAPA senior conservation officer Catherine Mbena said the authority would diversify tourism products to enable tourists to have an assortment of tourism attractions.

Thad Peterson, the leader of the expedition, said tourists were now becoming more discerning, and they wanted more exercise even during excursions.

Peterson added the mission set the stage for more tourists to visit the Arusha National Park, offering a mix of flora and fauna and diversified landscapes.