The #YoungBold&Digital series is an initiative by The Chanzo that looks to highlight some of the promising digital innovations and tech start-ups in Tanzania. In this first series, The Chanzo has covered Tunzaa, Worknasi, Nilipe, Sheria Kiganjani, MyHi, Smartclass/Silabu and Niinsima eDispesary. The series looks at the founder’s stories, products, progress in the market and environment in general. All founders are below 35 years age.

The shared office concept is a bit new in Tanzania. But this doesn’t mean there is no demand, especially in big cities like Dar es Salaam, the commercial capital. With the growing population and increase in entrepreneurial activities, people are always on the constant lookout for affordable offices. And that is a task in itself. 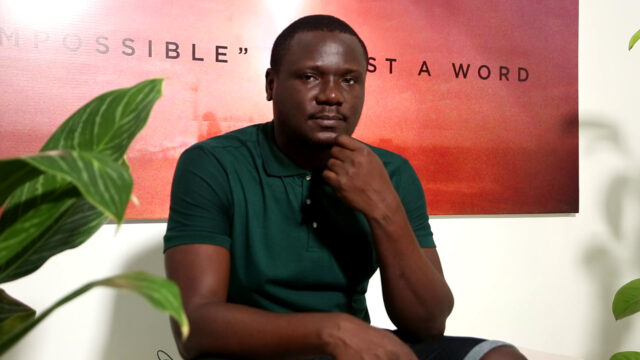 Facing the same problem during the launching of his first business after finishing his law degree, Mr Edgar Mwampinge, 33, committed to solving this problem. His solution was through Worknasi, a platform that allows users to list and co-share their offices with other interested users. This can range from a couple of hours for meeting venues to months for shared offices.

“The platform allows users with extra space to list and share with other users in the platform,” Mwampinge explained during a recent interview with The Chanzo. “This can range from meetings venues to full offices.”

Worknasi was officially launched in 2018 and this was an exciting journey for the founders.  With the connection they had established during product development, Worknasi managed to get listings from several countries in Africa, including Tanzania, Kenya, Uganda, Nigeria, and South Africa.

But times were not all favourable. With the COVID-19 pandemic, business almost stalled.

“It was a struggle to survive,” he says, They managed to catapult through but business was affected. This called for an extra innovation to ensure the product survive. Since its inception, Worknasi has been funded by its founder.

Utilizing the experience they gained from developing the product and also feedback from customers regarding the product, the Worknasi team decided to launch a creative and software development agency, Hepha.

Mpangile clarifies: “This was a way to survive. So instead of raising funds through investors, we raise from paying customers.” And so far this has paid out as they have managed to attract several clients.

Currently, Worknasi is in the middle of reviving the business once again from the pandemic. The plans include strengthening the meeting rental arms as well as increasing listings in Tanzania.

Founded by tech developer Ng’winula Kingamkono, 31, Tunzaa is a fintech product that allows clients to buy goods and services by making small prepayments. It operates under the philosophy of Buy Now, Get Later in the sense that consumers can make smaller purchases based on funds available, and when they finalize payment, they get the item. 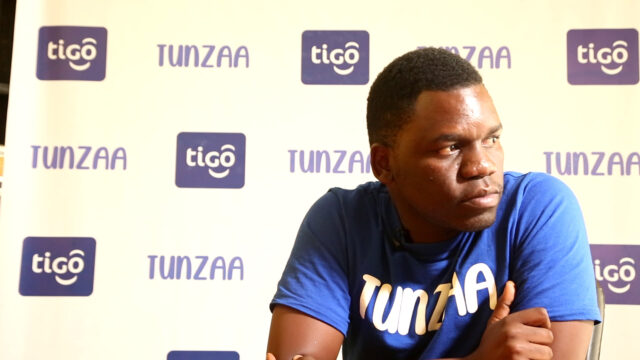 “The vision that we had when we were working on Tunzaa was to build a product that will improve the financial habit of everyday Africans, people who are earning through day jobs,” explained Kingamkono. “But we are also targeting middle-income earners.  Our goal is to allow people to buy goods and services by making small pre-payment in advance.”

Founded in June 2021, Tunzaa has so far garnered more than 11,000 users and completed over 700 orders with 1,300 orders in the pipeline. You can read here why Tunzaa seeks to become the next Africa’s tech unicorn. Also, you can follow the founder’s full story in the video below.

It started as an idea from two longtime friends who have been together since their teenage days.Nilipe is an app that seeks to simplify the payment experience for users by bringing various daily used services on Nilipe App. Nilipe started by transforming the events ticketing scene from humble days when it only started with serving one event to now transforming the event and entertainment scene. 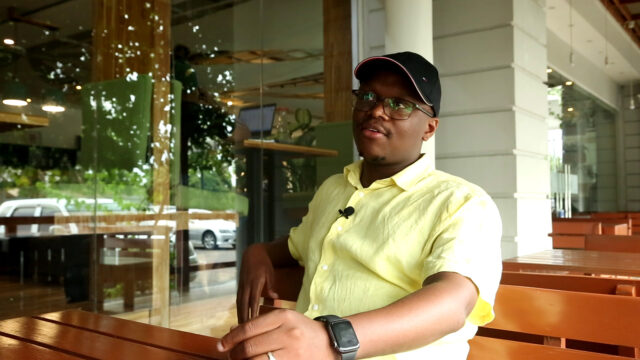 “We saw ticketing as a niche that was not well addressed,” highlighted one of the Nilipe founders, the thirty-two-year-old Japhet John. “So we decided to do something about it.”

Nilipe has also expanded its services to include streaming of content that includes local movies and various presentations from different experts from films to beauty experts.

Nilipe boasts a seamless design which is a product of its founder’s experience as a developer in the financial industry. You can read here why we think Nilipe is the next Africa’s tech unicorn.

Growing up in a home where her mother was a village care worker, had a lasting impact on Dr Mansura Mtibora. Recounting her childhood, she says that it was the usual scene in her home for her mother to serve patients even at late hours.

“By then syringes were reusable,” she continued. “So, my mother would take hours to boil syringes, just to serve patients using her own resources.” 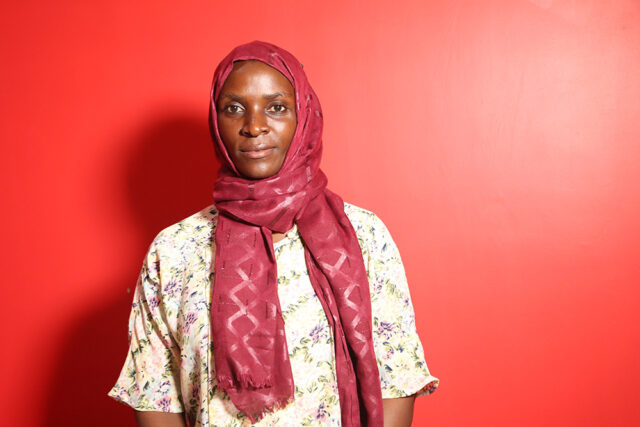 It was this dedication from her mother that inspired Mansura to also study medicine and become a practising doctor. She tells The Chanzo: “When I was in medical school, family members and friends would usually call me and ask for advice. And when I graduated it became even more.”

It is through this inspiration that Mtibora decided to launch Ninsiima e-Dispensary. The idea was motivated by her thought that maybe she could do something as far as offering advice was concerned.

As a solution, Mansura founded a telemedicine platform where clients will reach out to medical practitioners through Niinsima web or mobile for help.

“At first we started with a Telegram bot,” explained Mansura about their journey. But a Telegram bot was not enough, so they decided to develop their own platform and have special numbers where customers could dial in and get medical advice.

The highlight of Niinsima E-dispensary is when they won the Vodacom Accelerator awards where Niinsima was selected for mentorship and technical support.

With a team of five staff that include two co-founders and other support staff. Niinsima currently serves about 300 people per month and they are expecting the number to increase further.

Sheria Kiganjani is a Swahili phrase for Law on Your Palm. It’s a platform that provides legal services to people through mobile and web platforms. The platform connects people who need legal advice with various legal practitioners in their areas or outside in the case of physical opinion. 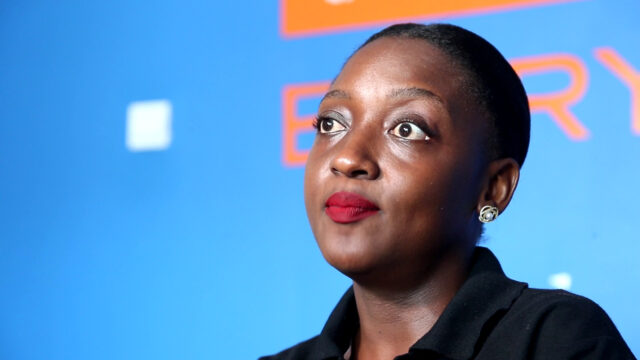 The idea came as a result of an internship experience. When Neema Magimba, 27, finished her Bachelor of Law, he joined an organization that offers legal aid to various communities in the country.

“I worked with one organization that offers legal aid to people, and I saw how people needed help,” he explained to The Chanzo recently. “If it wasn’t for that organization many people would have remained without any assistance. So I decided to do something about it.”

Since its inception, Sheria Kiganjani has gained recognition within Tanzania and outside.

These include winning multiple awards such as the 2018 FSDT and Master Class Innovation Challenge, Africa Legal Award, and the third runner in the Innovative and justice challenge by the Hague Institue of Innovation and Law.

The platform envisions reaching at least 500,000 users in Tanzania by the end of 2025. You can watch the full interview with Neema Magimba below:

SmartClass is a platform that allows students to get extra classes either physically in the comfort of their home or online through the platform. It started as an idea from a young university lecturer who went on to share it with one of his students, and the two went on into implementing the idea.

“The idea came from my university lecturer,” explained Adam Duma, 26, who is the SmartClass co-founder. “[The lecturer] introduced the idea to me and I thought it was a good one. So we started to look for ways to implement it.” 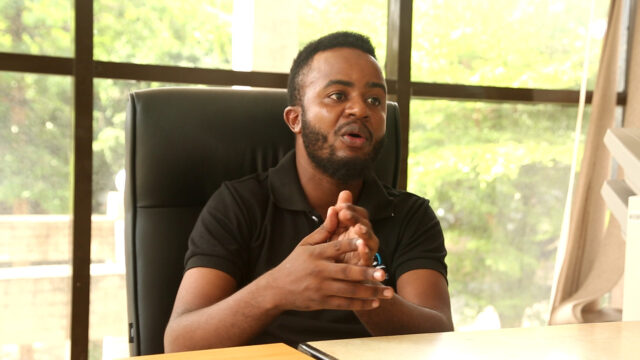 The way the platform operates is that it offers various courses from different teachers. Both students and teachers are required to register themselves. Following registration, students can pick a particular course of interest and teachers will be allocated.

“We are helping students get extra classes,” Duma explains. “But also at the same time helping teachers have an extra source of income.”

For every fee paid, the platform takes 15 per cent and 85 per cent of the revenues goes directly to teachers.

The platform currently has over 8,000 students and 5,000 teachers. Since its launching in 2018, the platform has managed to attract various funding and technical support, including from the Google Accelerator Program, Seeds Stars and Common Wealth.

In April 2022, SmartClass began its rebranding to Silabu. In the words of its founder, this is in a bid of serving further of their clients.

Following his graduation from a business school, Shilton Ulomi, the founder of MyHi always had an edge to get involved in entrepreneurship. Because of his interest, he found himself meddling with some of the tech people in the country who inspired him to get involved in tech development.

MyHi is a platform that seeks to offer affordable insurance services to Tanzanians. It is one of the winners of the Vodacom Accelerator awards 2021, which put the founder under lengthy mentorship support.

“I have always wanted to be in entrepreneurship, even at the university I started to sell smartphones,” explained Ulomi. “I decided to get in insurance as I see it is one of the industries that is highly needed and technology can guarantee broader reach.”

Ulomi understands the conservative nature of the business and has decided to do all he can to make sure the doors are opening for his business. 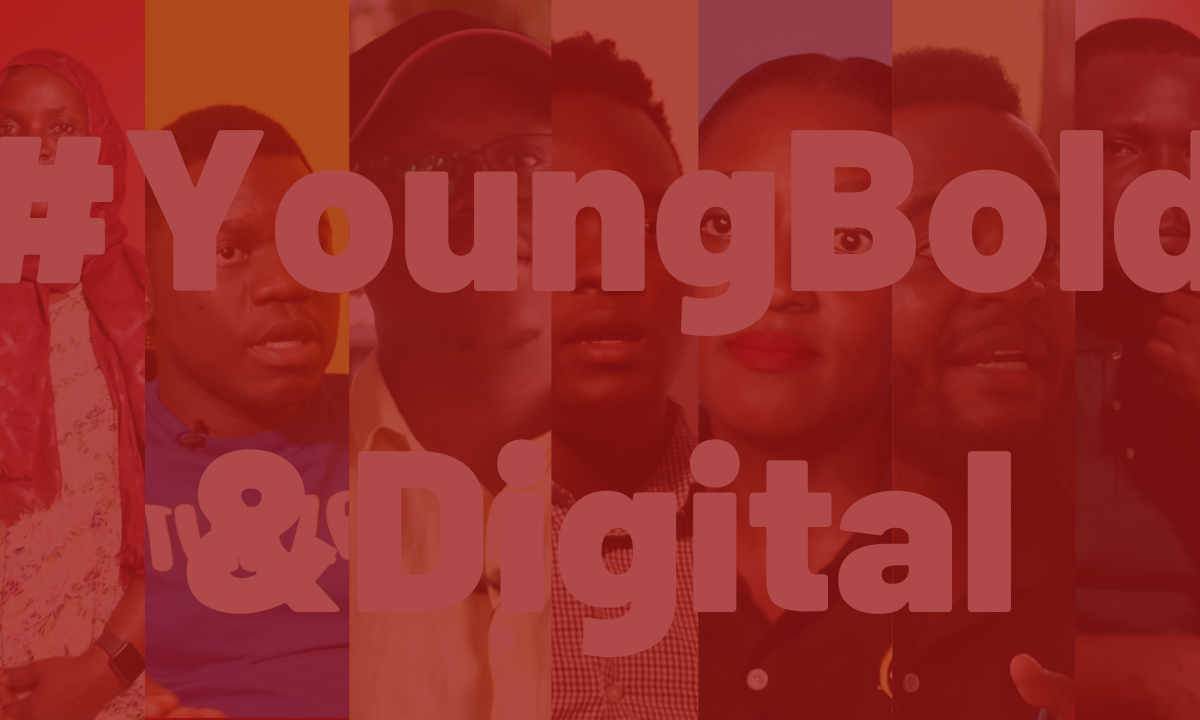 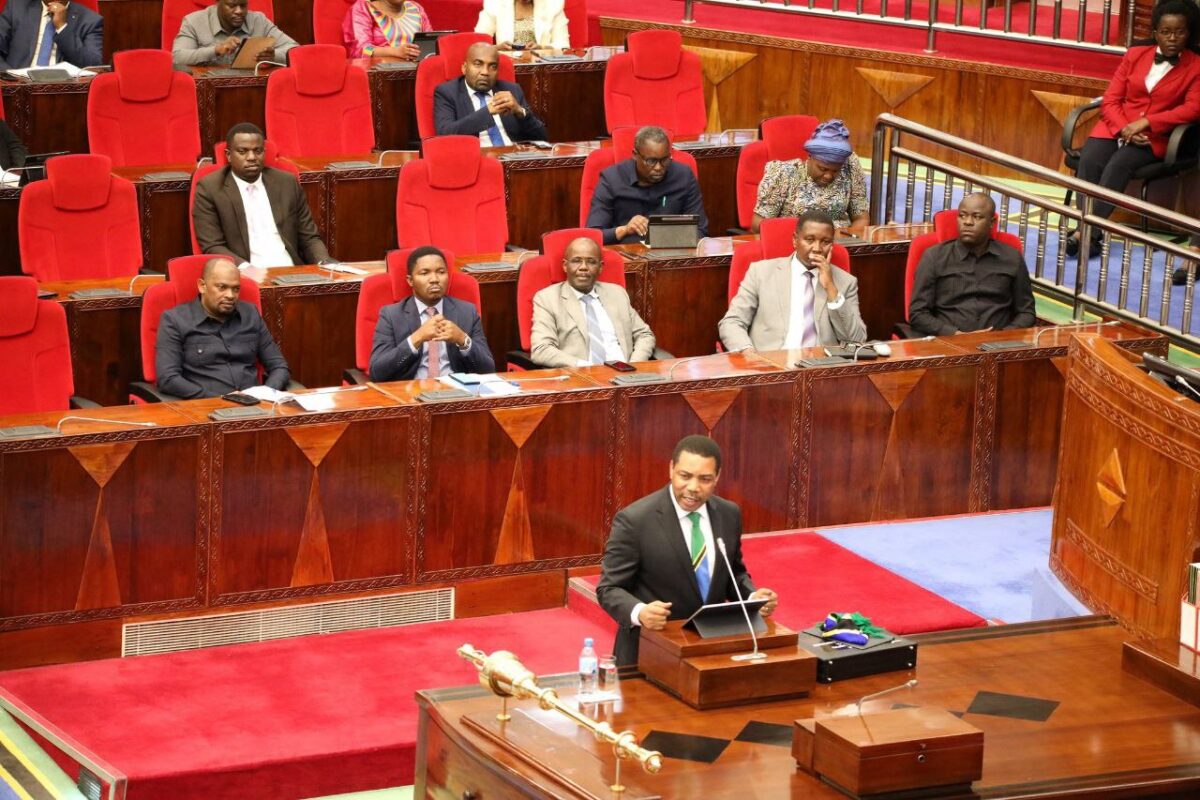 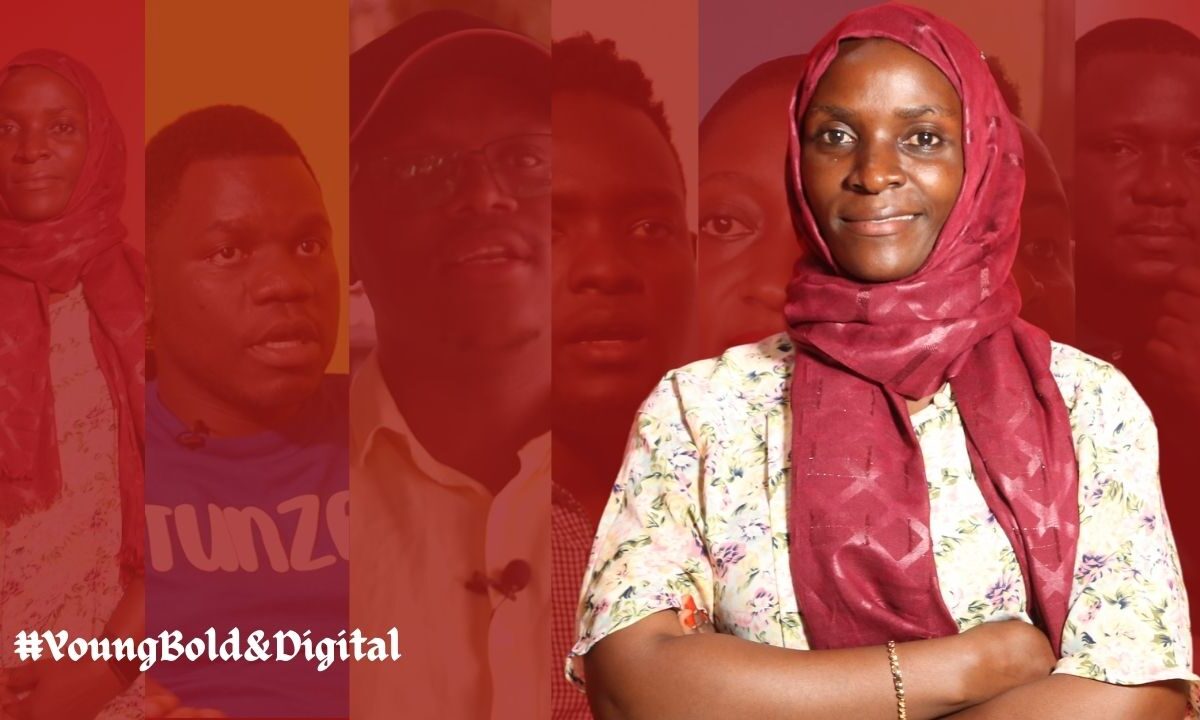