The water supply crisis in Dar es Salaam and the surrounding urban areas is unfortunate. To those who can afford to buy water at any price, the situation might not be that severe. But to many city dwellers who can’t afford two meals a day, the situation is dire.

It’s hard to imagine how they survive with a 20-litre gallon of water reaching up to Sh1,000 in poorly accessible neighbourhoods. Video clips going viral showing women scrambling to buy water in the streets tell part of the story.

The downpours that have started upcountry offer a glimmer of hope for the Wami/Ruvu River basin which is the largest source of water supply for Dar es Salaam and the Pwani regions.

The hope might be temporary, though, if the government and stakeholders do not come up with a long-term plan to save the Wami/Ruvu basin.

Around the same time last year, Dar es Salaam experienced a brief spell of water supply shortages, which was normalised after it started raining and everyone forgot about the dire situation of the destroyed Wami/Ruvu basin.

But the truth is that Wami and Ruvu rivers are drying up not only because of climate change issues but also due to deforestation, irrigation, human settlements, over-grazing and mining activities that have tempered with riverbeds and totally destroyed river banks, changing the course of the rivers at several points.

What is so sad about it, however, is that nothing is being done about it.

Get the politics right

But the bad news is that the water supply situation in Dar es Salaam won’t improve if we don’t get the politics right. Dar es Salaam’s water problems are not seasonal but perennial.

Since independence, the city has never experienced a 24/7 water supply situation. In Kigamboni on November 11, President Samia Suluhu Hassan said the supply was now 22/7, which is rather mostly theoretical, save, probably for a few critical installations such as the State House.

The water supply in Dar es Salaam is intermittent at best. Daily water supply in many areas of the city is a pipe dream even when the supply situation is normal. If you stay without a water tank or any kind of reservoir you are doomed.

And the problem is that we have all gotten too comfortable with that situation. Policy priorities in the water supply not only in Dar es Salaam but also countrywide are aimed at expanding the network of water pipes and not improving the supply itself.

Party manifestos and the government’s water policies talk more about reaching more people and about covering more towns and villages. We have allowed politics of complacency to take root in as water supply is concerned.

If it was 20 per cent or even 25 per cent, it would be understandable and acceptable even by international standards. Not 49 per cent!

If, say, two-thirds of the 49 per cent were to be saved miraculously the water supply situation would not have reached the stage it has right now.

But, of course, the lack of public pressure on politicians to act on rehabilitating the water supply system and on protecting the Wami/Ruvu basin has led to the current situation.

The Wami/Ruvu basin is the smallest of the eight basins in Tanzania, with the lowest amount of water output. It is, however, the second largest and most populated (10.6 million people according to 2019 estimates) and has the highest population density of 157 people per square kilometre.

Because of the high population density and the closeness to Tanzania’s largest urban (Dar-Pwani) area in the country, Wami/Ruvu’s viability is highly threatened.

There are too many human activities and pollution that put the health of water consumers at risk as the Minister for Water Jumaa Aweso noted in the 2022/23 water budget.

The biggest existential threat for the Wami/Ruvu is the lack of actionable strategy to save it, which is very surprising and shows how we can be very indifferent to something so crucial to our survival as human beings.

The most politicians – those who care – can do is complain.

The event of November 11, 2022, in Kigamboni was an indication of this laissez-faire attitude. There were reasons for the joyful mood that pervaded the event.

President Samia was inaugurating the Kigamboni-Kimbiji water project that would supply 70 million litres of water a day to a section of Dar es Salaam.

Samia was also launching the construction of the Sh329 billion Kidunda dam in Morogoro which would supply water to Morogoro, Pwani and Dar es Salaam.

However, the fact remained that the event was held under the cloud of acute water scarcity in the city. The 70 million litres were a far cry from the total daily demand of over 540 million litres.

There was a spoiler at the beginning of the event which was carried live on national radios and television networks.

DAWASA officials made a presentation to Samia, with charts and figures, that showed a gloomy picture of the destruction of the Wami and Ruvu rivers.

The presenters reported that DAWASA’s observation sites had spotted thousands of livestock at some points along the Ruvu River on the eve of the Kigamboni event.

The years of irresponsibility by all those entrusted with protecting the Wami/Ruvu River basin were put on the open for the whole nation to see.

It is difficult to see how they can justify the billions allocated in annual national budgets and working tools that include vehicles and motorcycles.

One would have expected DAWASA’s presentation to trigger soul searching and mea culpas by all those officials present, some of whom were directly responsible for protecting the Wami/Ruvu. But no!

What followed was a replica of a courtyard scene of yore where bootlickers, cheerleaders, praise singers, jesters and demagogues compete to capture the attention of the queen.

It was a spectacle where cabinet ministers, regional commissioners, Members of Parliament, senior party cadres and other officials were trying hard to shower praises on the able leadership of the president.

Those responsible for taking action to save the Wami/Ruvu were busy making all sorts of noises as they were drumbeating the government’s “success” in meeting its water supply targets ahead of time not only in Dar es Salaam but also countrywide.

If a parachuter had dropped off right in the middle of that praise singing, demagoguing and jestering he would have been forgiven for refusing to believe that the city was under the worst spell of drought in decades.

There is nothing wrong with praise-singing but what was so disturbing was the deafening silence about the disaster in the Wami/Ruvu.

The only exception was the Deputy Speaker of Parliament Azan Zungu, the only voice of moderation, who after expressing gratitude for the supply of the newly-found water to a section of his constituent went on to call upon the people to protect water sources.

When she stood up, Samia embraced the praises and mildly talked about the need to protect the water sources. She asked the Ministry of Livestock and Fisheries to tame the countrywide roving of cattle and urged the people to protect water sources.

There was no order given for the formation of a resolute strategy and action plans to save the Wami/Ruvu.

Some 10 days earlier, while officiating at a separate event, she had complained about too many human activities in the Wami/Ruvu, which failed to deter the thousands of livestock, that continue to roam on the Ruvu river till the eve of the November 10 event.

Probably all this was left to Vice President Dr Philip Mpango who on November 16 gave an order for the removal and relocation of all human settlements at and near water sources in the country.

He was officiating the 8th annual meeting of river basin authorities in Mbeya. Still, this blanket order would not suffice to save the uniquely threatened Wami/Ruvu.

It is quite clear that the responsible river basin authority has failed to deliver, but it seems no one cares.

Contrary to talks by government officials about alternative sources for Dar es Salaam, the Wami/Ruvu will continue to be the most important water source for years to come.

Even the much-touted Kidunda Dam, which depends on rainwater, is designed to feed the Wami/Ruvu rivers.

Unless the rivers and its banks are saved the dam will be damned and could end up becoming just another costly white elephant.

Damas Kanyabwoya is a journalist based in Dar es Salaam. He’s available at dkanyabwoya@gmail.com. He is available on Twitter @Dkanyabwoya These are the writer’s own opinions and it does not necessarily reflect the viewpoint of The Chanzo Initiative. Want to publish in this space? Contact our editors at editor@thechanzo.com for further inquiries. 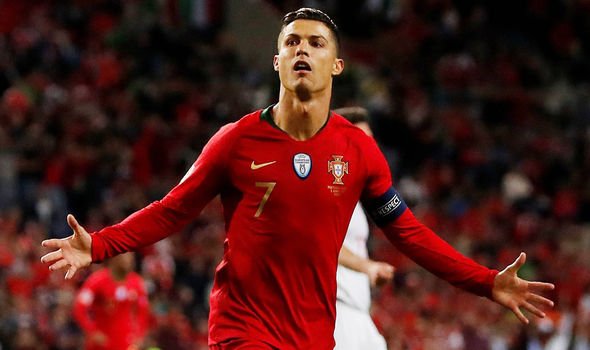 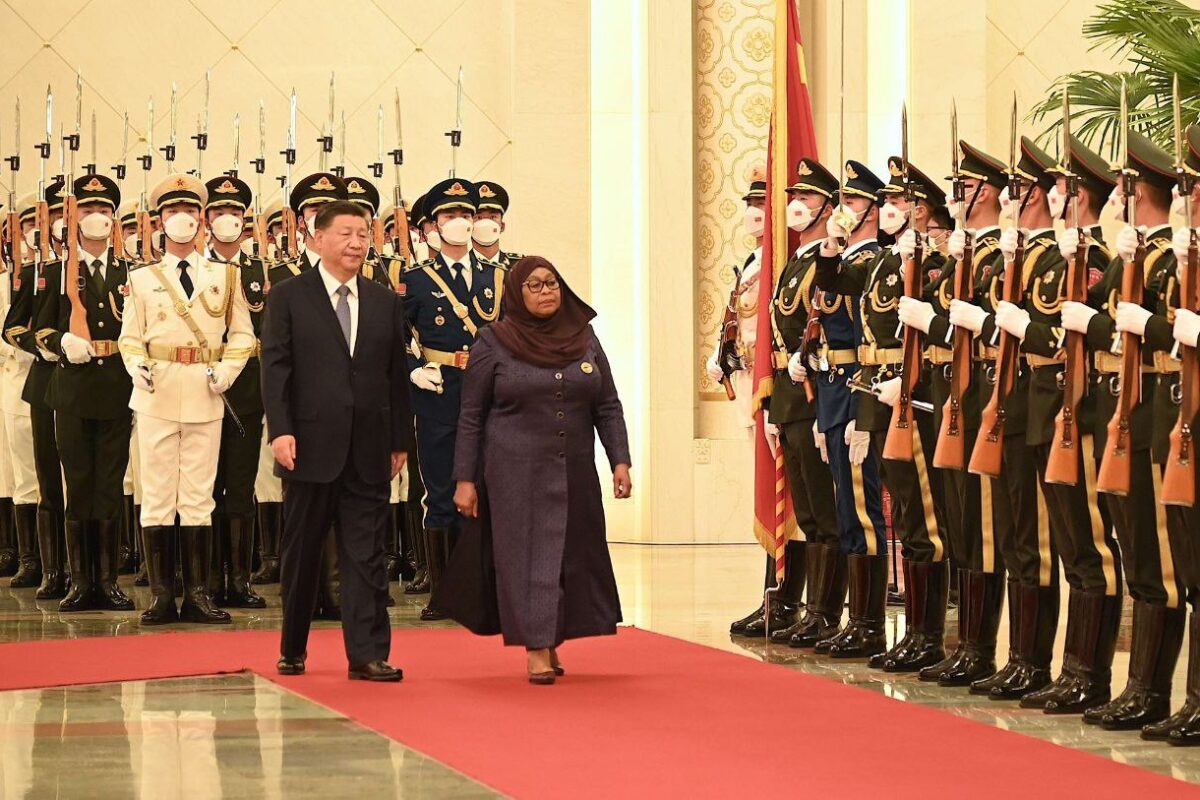