President Samia Suluhu Hassan’s events of the first fortnight into 2023 are too important to pass without my analysis. I was amused by the president’s decision to convene the politicians and to give what I thought was the most promising speech in recent years.

In her speech, Mama, as President Samia is fondly called, gave a promise that convening and organizing political rallies was a constitutional right for all Tanzanians. I cannot agree more with her.

She also made emphasis on the fact that in regard to the process towards a New Constitution for Tanzania, politicians were an important group but just one among the many stakeholders. I jovially jumped up and down gesturing my support to the president’s speech!

Many things have been written and said about the subject matter of the New Constitution in the past.

There was a time after 2011 when the media was amassed with volumes of news, analyses and editorials on the noble process towards a people-centred Constitution for the United Republic of Tanzania.

Some people went as far as editing peer-reviewed articles, books and booklets on the theme. There were programmes on radio and television stations discussing issues around the process and content of Constitution-Building in Africa and Tanzania more specifically.

It all sounded like the nation was ready for the promulgation of a New Constitution that could take the country miles from where we stood in 2011 when Jakaya Mrisho Kikwete, the fifth president of Tanzania, kick-started the process to replace Tanzania’s outdated Constitution of July 1977.

So what does the future look like for this process now that President Samia has announced its immediate restart at a meeting with political parties on Tuesday, January 3, 2023?

The ‘Katiba Mpya’ process has travelled quite a journey from the presidential announcement on December 31, 2010, twelve years ago today. For instance, the enactment of a framework legislation, to guide the process of constitution-making was very critical.

Similar processes in the past went without such comprehensive laws to lay the framework. Experts have lamented the fact that the current Constitution of Tanzania was made with its roadmap in the mind of the president, not anyone else.

For the sake of reminding, Tanzania has had five Constitutions from 1961 to 1977 when the current one was prepared by a 20-member Commission, chaired by Sheikh Thabit Kombo, a highly respected Zanzibari.

On the side of Zanzibar, the archipelago’s first attempt to promulgate a Constitution was in 1963, followed by another in 1979 and the current one in 1984. Since then there has been a series of amendments with a major review in 2010.

On Tanzania Mainland, the Constitution of the United Republic of Tanzania has been amended fourteen times until 2005 when Article 18 adopted the existing progressive text on the right of freedom of opinion, information, speech and assembly without clawback clauses.

In this case, the enactment of the Constitutional Review Act No. 8 of 2011 and the Referendum Act No. 10 of December 30, 2013, to lay the roadmap was greatly celebrated.

Equally, the appointment of a Constitutional Review Commission in May 2012 was another such great landmark.

Ideologically, the Commission brought together a diverse array of members and non-members of political parties, led in their numbers by the ruling Chama cha Mapinduzi (CCM) card holders.

There were also, as a legal requirement, members appointed from Zanzibar on a parity basis with Mainland. 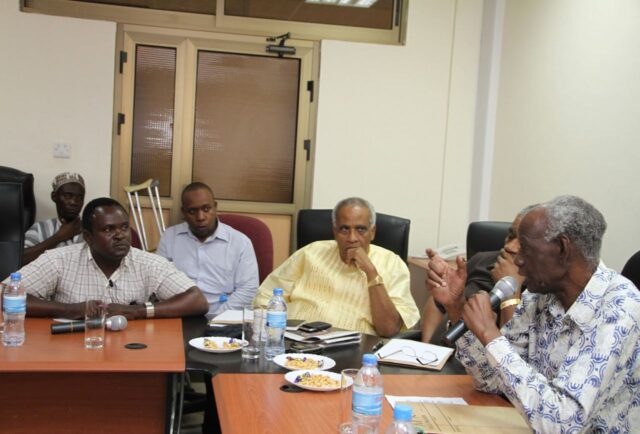 Former chairperson of the Constitution Review Commission Judge (retired) Joseph Sinde Warioba (with a microphone) speaks during one of the sessions the commission organised with key stakeholders across Tanzania during the constitution-making process. PHOTO | ZANZINEWS

Amusingly, the Commission also included a good proportion of women members from both Mainland as well as the archipelago of Zanzibar.

Although doubt had been cast on the lack of balance between commissioners picked from CCM and those from the opposition and academia, the Commission’s modus operandi soon impressed upon nearly every one of us to the extent of ignoring partisanship as a point of discussion.

After some months of fieldwork, the commission collected volumes of texts containing views from the people. Come June 2013, the first Draft Constitution was released by the Constitutional Review Commission, also dubbed after its Chairman as Warioba Commission.

To the surprise of many people in Tanzania and abroad, the text of this version was very progressive. A piece of analytical writing published in a local newspaper by Prof Chris Peter Maina, a renowned Tanzanian scholar, spoke it all.

The conclusion therefrom was that the draft, if promulgated as it was amounted to a revolution! I myself quickly skimmed through the draft and shared the view of the university don.

In a series of about twenty articles, I myself discussed the merits of drafted provisions, especially as regards the promotion of human rights, rule of law and democracy which were the cornerstone of good governance in modern times.

I was also impressed by the inclusion of practical provisions for the realization of gender equality and the equal representation of women in politics and decision-making spaces. Indeed, I imagined, this was a revolution!

Come December 2013, the Warioba Team submitted to President Jakaya Kikwete and Ali Mohamed Shein a final Draft Constitution, a product of the public validation process through nationwide constitutional fora which I was mostly part of.

The December Draft retained most of the good principles from the June Draft while also incorporating the newly suggested views of the people. At the submission ceremony, Kikwete expressed joy as to how the process had thus far bore such a great draft.

The Constituent Assembly, an organ legally meant for approving the Draft Constitution was then constituted for the purpose. 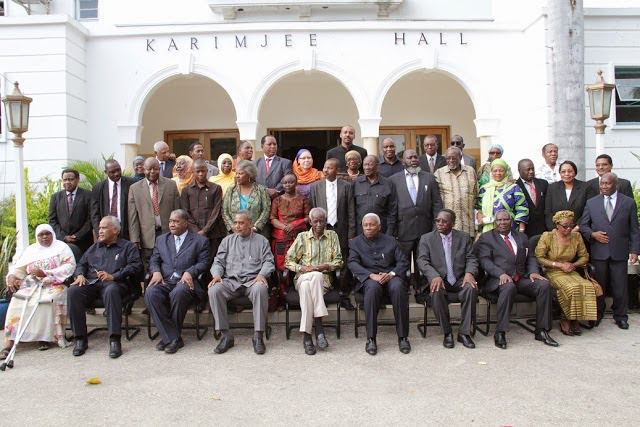 Members of the Constitution Review Commission posing for a souvenir photo at the Karimjee Hall, Dar es Salaam. Key aspects of the review were legal frameworks for the state of the union, the presidency and the contentious aspect of human rights, which were included in an amendment after public protests. PHOTO | MJUMBE BLOG

Disappointingly, party politics came in so fast and high in the process of composing this August institution that it started being a matter of CCM versus the opposition. Two mistakes were evident from the outset:

First, the filling of the Constituent Assembly with all politicians from the Zanzibar House of Representatives and Parliament of Tanzania was a great mistake.

Similarly, the failure to envisage an institutional framework for the resolution of disputes in the course of the work of the Constituent Assembly and beyond was another very serious oversight.

See where we ended in 2014 as a nation – nearly nowhere! The coalition of progressive voices led by opposition CHADEMA walked out of the Constituent Assembly in protest of CCM’s bully on April 16, 2014.

READ MORE: Of the Govt Budget, New Constitution and the Future of Tanzania

Ever since, CCM had used its majority to proceed with passing the Proposed Constitution by a vote starting September 29 through October 02, 2014.

However, the fact that a significant section of the Assembly comprised of opposition and civil society members meant that the final outcome was far from being legitimate despite its legality.

The National Electoral Commission (NEC) announced the deferral of the referendum, previously slated for April 30, 2015, for reasons associated with a lack of time for preparations given the fact that there was a general election to come in October, the same year. 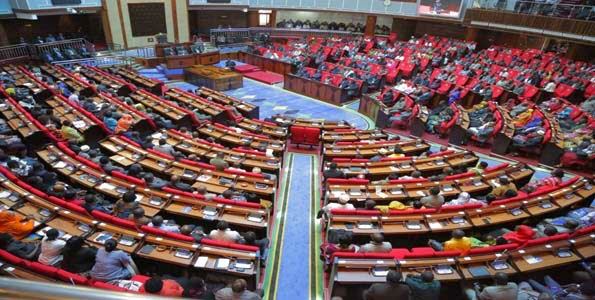 An oblique view of the Constituent Assembly. Inaugurated on February 18, 2014, the House was composed of 630 members, including 357 members of the Union parliament, 82 from the Zanzibar House of Representatives and 201 appointed by the President to represent various segments of society. PHOTO | MICHUZI BLOG

After the 2015 elections, matters got worse in the Constitutional process. Newly elected President John Pombe Magufuli announced that the Katiba process was not in his administration’s priorities.

The next move was to start a campaign to curb civic and political rights and freedoms, including imposing a verbal ban on political rallies and meetings.

In the months and years that followed, the ban was extended to civil society and at some point, things turned sour when the government imposed intimidating measures on NGOs, FBOs and unions including suspending some of these organizations’ bank accounts.

Following the sudden death of President Magufuli on March 17, 2021, Samia Suluhu Hassan was sworn in as President of Tanzania and promised to consider resuscitating the process after some time of settlement.

In June 2022, Samia chaired an important meeting of CCM’s National Executive Committee (NEC)which resolved that the Katiba Mpya process be resumed and ordered the government to do what was possible to complete the process.

In the months that followed, Samia appointed a presidential task force to inquire into matters of democracy and constitutionalism in the country, submitting a report on October 21, 2022.

In receiving the report, Samia committed that her administration would work on the recommendations of the task force.

The start of the year 2023 came with very good news as the Head of State called and addressed a meeting of all the 19 registered political parties in Tanzania. It appears to me that the time envisioned by the president in 2021 has come.

Even more promising was her announcement of a lift of the ban on political rallies. Her actions are starting to receive accolades locally and internationally. The future appears bright but with some proviso.

It is my opinion that initial meetings will be highly monitored and organizers must abide by the laws of the land. Compliments to the Civic United Front (CUF) for a meeting well done last weekend.

Also, the fact that civil society and opposition circles had been placed in a state of attack for eight or so years requires assistance in running the initial programmes.

In regard to the constitutional process, it must have been a celebration to rights groups when the president adopted their approach of starting with a small committee to harmonize the contents of the Constitution Review Commission (CRC) and the Constituent Assembly and the Proposed Constitution respectively.

This was the position echoed by the ​​Tanzania Constitutional Forum, the Legal and Human Rights Centre and the Tanganyika Law Society (TLS) to the task force!

Finally, there is urgent work to be done to resuscitate the Katiba Mpya process: amend the Constitutional Review and Referendum Acts to redraw the roadmap and go back to the people with Constitutional literacy campaigns so much so that the public can fully be reminded of Katiba Mpya more than eight years down the lane.

There is also a need for an overhaul of several other laws to expand on and protect expression, and associational and assembly rights. In view, I have laws such as the Police Force and Auxiliary Services Act; the NGOs Act; election laws and the Political Parties Act.

Although President Samia has promised this will be done, I do doubt this can be done without a serious push from progressive circles, starting with NGOs, CSOs and FBOs, which are supposed to start partnering to produce templates of such bills for the amendment of the most retrogressive laws.

Deus Kibamba is trained in political science, international relations and international law. He’s available at +255 713 644357 or dkibamba1@gmail.com. These are the writer’s own opinions and do not necessarily reflect the viewpoint of The Chanzo Initiative. Would you like to publish in this space? Contact our editors at editor@thechanzo.com for further inquiries.

Getting Ahead or Getting Exploited?: Here Is How We Can Make Bodaboda, Bajaj Driving in Dar Better