Zanzibar. Juma Mohammed is a twenty-seven-year-old tour guide victimised by the COVID-19 global pandemic. Holding a Diploma in Tourism, Mohammed has been working as a tour guide for the past three years, taking tourists who flock the semi-autonomous archipelago to various tourist destinations. In 2020, however, Mohammed’s employer laid him off and several of his co-workers off and in an instant, he became jobless.

On March 25, 2020, Zanzibar, with a population of 1.672 million people according to the National Bureau of Statistics (NBS) estimates, recorded the second case of COVID-19. It was the beginning of a series of events that would put the lives of many Zanzibaris, especially those working in the tourism sector like Mohammed, at high risk.

“[Before COVID-19] I used to earn Sh450,000 per month as a salary. This is apart from payments I earned from overtime work and other payments from tourists I helped around,” Mohammed tells me when I met him at Forodhani, a popular tourist destination in Zanzibar. “But now, I stay here from 10 AM to 5 PM and not a single visitor buys my service. Even if I get a client, the pay is much less than it was in the past. I earn Sh15,000 for taking a tourist through the city for three hours. In the past, it was Sh35,000.”

It is 1 AM already and Mohammed tells me that there has been no work at all today. Lying on the beach with his backpack supporting his head, Mohammed, who was in the company of fellow tour guides, says that today, September 24, 2021, is the fourth day that he did not do any work and hence earning nothing.

“Sometimes I make a call [to where I was working] to ask if there is any job but [I am told] the situation is still not good,” Mohammed says in a voice that shows desperation. “My lack of money is affecting my family because they depend on me. The government must look at how it could even help us with loans so that our lives may continue.”

But this changed with the COVID-19 outbreak. The World Bank, for example, reported recently that the economic situation in Zanzibar was severely affected by the COVID-19 pandemic since revenue from tourism declined, with occupancy rates dropping to close to zero. This in turn led to Zanzibar’s GDP to slow to an estimated 1.3 per cent.

Major economic activities related to tourism that have been most affected by the COVID-19 pandemic include transport and storage; wholesale and retail trade; agriculture; financial and insurance; and public spending, with groups of young people and women who make up 72 per cent of all workers in the tourism sector, being cited as the biggest victims.

One of these women is Diana Bahati, 24, who before the COVID-19 pandemic outbreak used to work for a tourist company in Zanzibar but was laid off after the company started to face financial difficulties in the wake of the pandemic.

‘I had to leave Zanzibar’

“When I was informed [of the dismissal] I knew it was only a matter of time [so] I decided to stay in Zanzibar,” Diana, a mother of one currently living in Gongo la Mboto, Dar es salaam, told The Chanzo during a telephone interview on September 15, 2021. “But after three months things got worse because even the company closed down. Then I decided to sell my belongings and returned to my mother’s house, even though the family depended on me.”

Diana says this situation stressed her out, as there were many things to deal with, as she had no other way of earning an income. She explains: “I had no other source of income so starting over was a big test. No more travel, no more work and responsibilities are still there. I thus decided to do something else and I’m now making beauty products like necklaces and bracelets for sale.”

Kheri Bakari Keri, 62, is an independent tour guide who has been doing the job since he was 19 years old. Kheri says the work he is doing was profitable in the past but that is no longer the case especially with the presence of COVID-19.

“The work has been very difficult [since] there are no visitors,” Keri, a father of three and a resident of Shangani, Urban West Region, says during an interview with The Chanzo. “Even when visitors come in, most of them stay indoors and do not want to go for a walk because of [COVID-19].”

Kheri says that for the whole month of September 2021, he was able to get only three clients who were interested in his services. While in the past he used to earn Sh50,000 a day, he now hardly makes Sh20,000.

Generally, about 2,600 hotel workers were laid off in 2020 alone, according to the General Secretary of the Domestic and Hotel Workers Union of Zanzibar (CHODAWU-Z) Mr Adam Suleiman Simba. Mr Simba says this situation not only threatens the lives and families of these workers but also the life of the union itself as it survives on the contributions from the members who are now jobless.

But the effects of COVID-19 are not limited to workers and in shrinking government revenues only. Tony Harold is the head of the Information and Communication (ICT) unit from Sindband, a tourist company based in Zanzibar. He says that between March 2020 and September 2021, the company went from having 25 tourists to only two. Also, it had to reduce the number of its drivers from six to having only one.

“In the past, for a day or week, we could have at least 35 to 15 visitors but now at most, there will be five to three visitors,” Harold recounts during an interview with The Chanzo. “The situation is even worse since even there are no tourists, we still have to keep paying taxes. The government indeed has reduced [tax rates] but this should continue until the situation is stable.”

Florence Ruwa, a manager of Shangani Hotel says the oldest hotel in the isles had to lay off 20 employees and remain with only seven. She says: “For this whole week, we sold only three rooms, which is unprecedented. There is no money and we still have to pay taxes just as usual.

To show how bad the situation is for investors, Zanzibar Tourism Investors Association (ZATI) spokeswoman Fatma Ali Mohamed says that in 2019 the community had 74 members and 66 of them failed to continue their businesses due to the impacts associated with the COVID-19 outbreak.

Fatma thinks the way the government dilly-dallied on COVID-19 in Zanzibar and Tanzania in general, led to this situation. She explains: “The issue of reporting COVID-19 cases is a very important issue for tourists. During that period [2020] prospective visitors lacked information on the [COVID-19] situation in the country and this scared many of them. That slowed hotel business and disrupted the economy.”

Many hoteliers and other people who have invested in Zanzibar’s tourism sector who spoke with The Chanzo complained about the taxes they have to pay to the Zanzibar authorities. A recent report by the World Bank mentioned above suggested that the Zanzibar government reduce the burden of tax from tourism companies and instead consider alternative taxes that may be levied on foreigners when they enter the country or for every night they spend.

Nassor Abu Abrahman is a tourism analyst from Kawa Training College, a tourist guide-training centre, who told The Chanzo that the government had not been able to develop an alternative system to directly assist the people who were affected by the COVID-19 effects. He says:

“For example, the issue of a tourist guide who is required to pay $100 [Sh230, 000] annually and some young people who just graduated are without any job, how can they pay that money? So, life has taken a turn for worse. The government should look at its responsibility to address these challenges in the tourism sector to reduce the effects of COVID-19.”

However, there is hope that the situation may change and the business will return to normal. Official reports released in July 2021, Zanzibar tourism situation appears to be improving. Since the fourth quarter in 2020 and 2021 the total number of tourists entering the archipelago for the first seven months were 218,512, an increase of 35.7 per cent comparing to the previous year.

Minister for Tourism and Heritage Lela Muhammed Mussa says the changes are due to the ongoing efforts by the government of Zanzibar in strengthening the country’s tourism industry, including promoting local tourism as well as targeting other existing markets within the East African region.

“But we have also developed a recovery plan to revive [the tourism industry] in Zanzibar by ensuring that we take steps that are universally accepted [to address COVID-19],” Lela told reporters at the Serena Hotel, Zanzibar, September 24, 2021. “As the government, we ensure that these steps are followed in all parts of our country so that visitors can feel safe when they are in Zanzibar.”

But these measures are not limited to preventing the spread of COVID-19 only. On September 24, 2021, for instance, President of Zanzibar Dr Hussein Mwinyi announced a plan to issue special IDs to small businesses owners in the isles as a part of a process aimed at identifying them.

This went in parallel with the government’s announcement of releasing a total of Sh100 billion to support small businesses in Zanzibar. President Mwinyi was quoted in the media as saying that the government will provide Sh50 billion and commercial banks in the isles will provide another Sh50 billion to support entrepreneurial activities in Zanzibar, a fund which will specifically be directed to the areas of credit, training, and marketing.

Najjat Omar is The Chanzo’s journalist based in Zanzibar. She can be reached through najjatomar@gmail.com. If you have any opinion regarding this story, contact act our editor at editor@thechanzo.com. 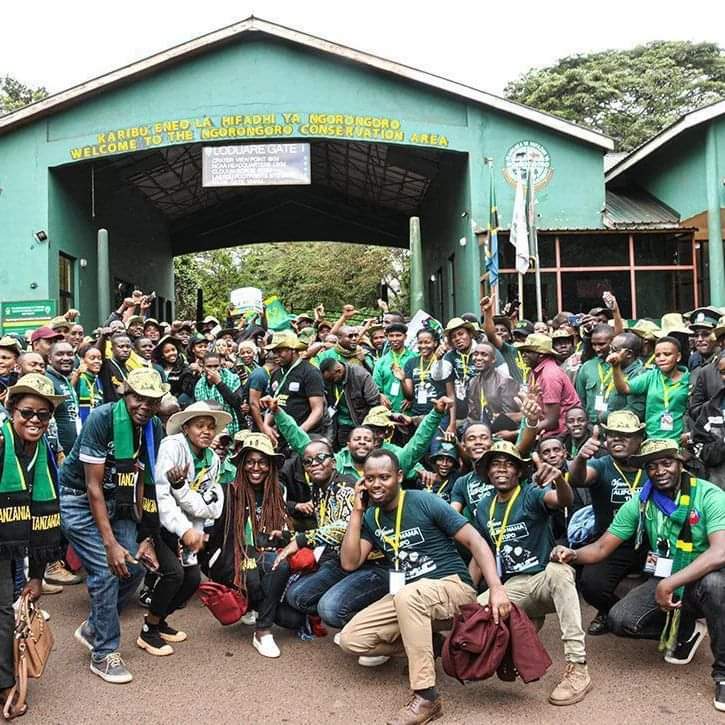